Lady Diana's Tiara takes center stage at a exhibition in London for the first time since 1960!  The Sotheby Exhibition will take place on May 28th through June 15th and will also display 40 tiaras and other jewelery from the aerostocatic families.

The Spencer Tiara was reportedly created in 1797 and was passed down through the generations of the Spencer family. It is believed to have been a favorite of the former princess, who wore it during her celebrated nuptials, as well as during royal tours and white-tie events from 1983 to 1992. Lady Diana’s grandmother, Lady Cynthia Hamilton, received it as a wedding present for her 1919 marriage to Albert “Jack” Spencer (Viscount Althorp and 7th Earl Spencer). 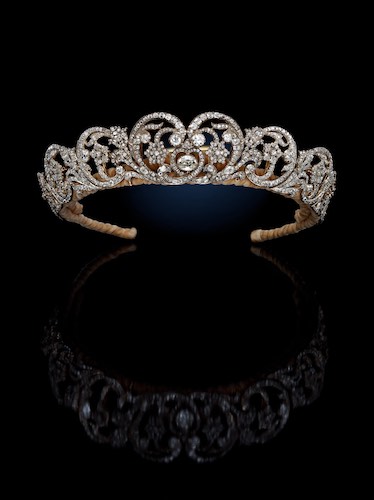 Among other headpieces being displayed at the exhibition is one historically signifiant tiara. Designed by Prince Albert for his wife Queen Victoria in 1845, this tiara was considered Queen Victoria's favorite, which she wore during several royal and official engagements, including a state visit to France in 1855. 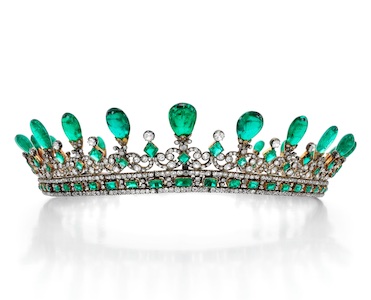 Most of the assembled exemplars have been handed down through families for generations and seldom loaned for public display. Their range reflects successive design evolutions in the format, prompted by monarchic taste, societal shifts and the influence from other art forms, through to contemporary jewellers redefining tiaras today. If visitors are tempted by the glittering sights, there is an option to purchase tiaras from a new generation of British designers.