As preparations are underway for this once in a lifetime experiance, the royal family is buzzing with excietment as Her Majistey the Queen's Platinum Jubilee is this upcoming weekend. What is a Jubilee you ask? Well a jubilee is an occasion to celebrate the life and reign of a monarch, and are significant events which are celebrated around the world. Though the concept of the jubilee began in biblical times, today the term is most closely associated with the Royal Family, and the ceremony and spectacle which the term symbolises. The celebration of the Sovereign's jubilee years really began in the long reign of King George III. The beginning of the fiftieth year of his reign, on 25 October 1809, was marked both in Britain and the Colonies. The King and other members of the Royal Family attended a private service in Windsor and a grand fete and firework display at Frogmore. In London the Lord Mayor and Corporation processed to St Paul's Cathedral for a service of thanksgiving before holding a dinner at the Mansion House.

This weekend will mark her 70 years on the British throne and with that comes 70 years of beautiful jewelry! I will show 7 pieces of jewels Her Majistey has worn and give you some history on her.

1. The State Diadem : The Queen’s diamond crown was created in 1820 for the coronation of King George IV, Queen Victoria’s uncle. It’s traditionally worn by queens and queen consorts to the State Opening of Parliament. 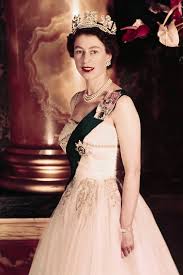 2. The Grand Duchess Vladimir Tiara: Originally belonging to Grand Duchess Vladimir, the aunt of Nicholas II, the last tsar of Russia, this diamond and pearl tiara is a relic of a lost monarchy. The Grand Duchess was separated from the tiara after fleeing St. Petersburg during the Russian Revolution, but was reunited with it when a member of British Intelligence rescued her jewels. She gave the tiara to her daughter, Princess Nicholas of Greece, who then sold it to Queen Mary after her mother passed away. And when Mary died, the Queen inherited it. 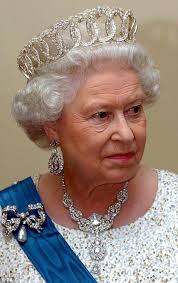 3. Queen Mary's Fringe Tiara: This was the Queen’s wedding day tiara and it’s as fragile as it looks. It actually broke before the ceremony  and had to be quickly repaired on site. 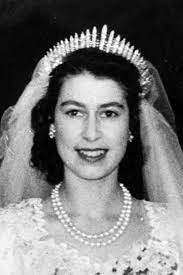 4. The Festoon Necklace:  The triple strand diamond statement jewel was commissioned by Elizabeth’s father King George VI for her mother from Garrard in 1950. 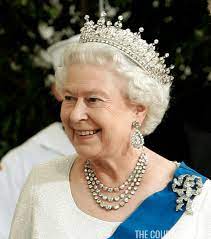 5. Coronation Earrings: Like the Coronation Necklace, these earrings have been worn by queens regnant and consort at every coronation since 1901. Made for Queen Victoria in 1858 using the diamonds from an old Garter badge, they are of typical design: a large brilliant followed by a smaller one, with a large pear-shaped drop.

6. Burmese Rubys : In 1973, the Queen ordered the Burmese ruby tiara from Garrard. The tiara is set with 96 rubies that were gifted to the Queen by the people of Burma as a wedding present. Here, she's wearing the tiara at a royal gala in May 30, 1977. 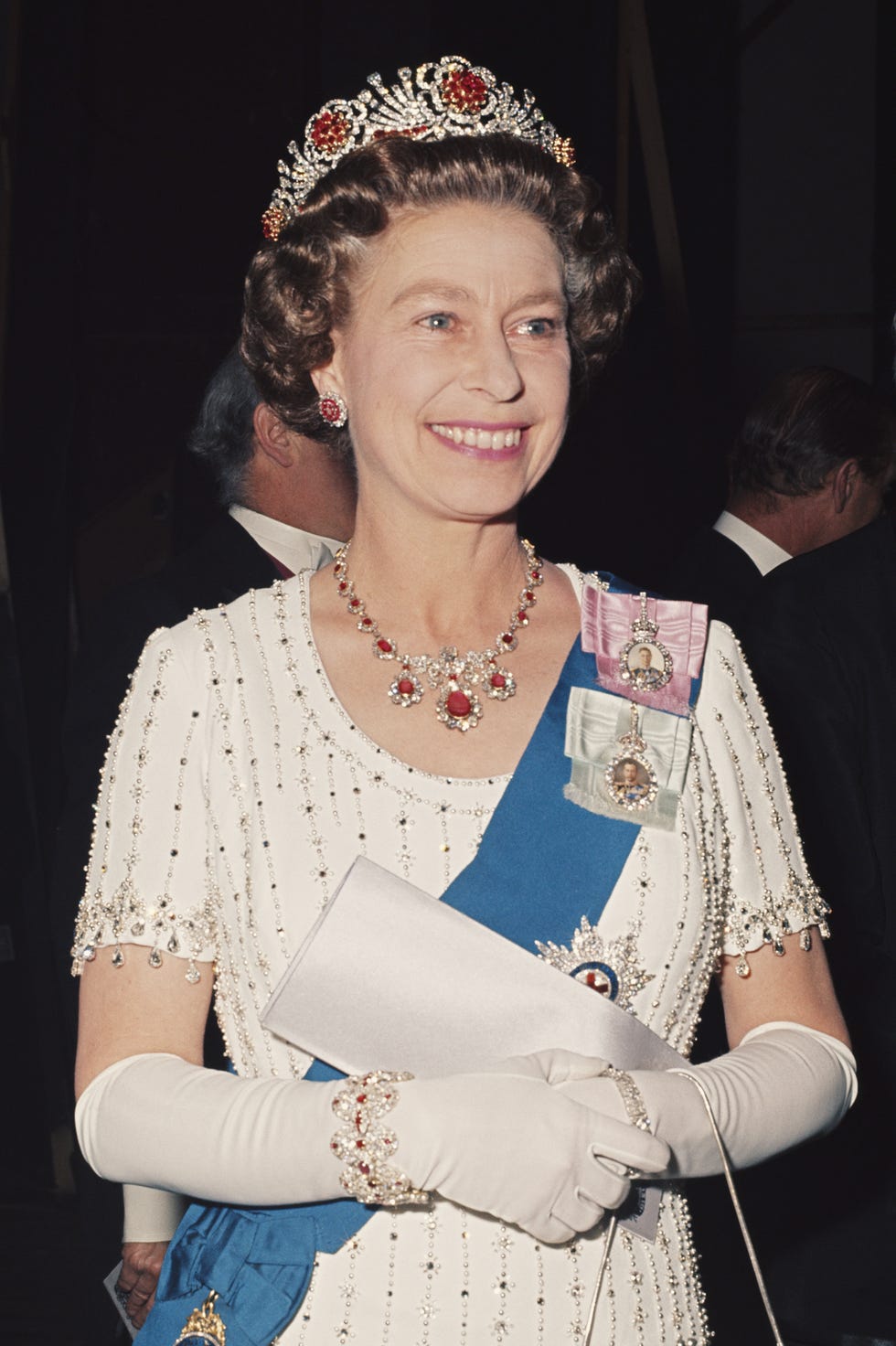 7. The Engagement Ring : The diamonds were pulled from Prince Philip's mothers tiara, he then designed the Queens engagement ring with a jeweler. Of course, the ring didn't require every diamond featured on the tiara. So with the excess, the Duke of Edinburgh then designed a one-of-a-kind bracelet for his soon-to-be-wife. He gave her the bracelet as a wedding gift, and she went on to wear it for numerous events and portraits. 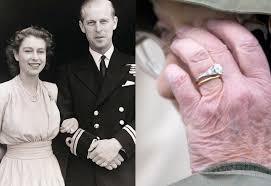 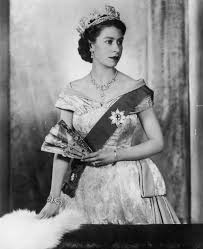